Coined ‘The Egg’ by BrewDog, the tapball is a rather odd-looking device designed by German boffins to solve the horrible problem of dirty beer taps. Its design looks simple, but it is in fact very complex as it is made from a single piece of material to avoid any miniscule ridges or seals on the inside.

You might not have even noticed a problem, until something really hideous drops into a customer’s pint of glorious beer. Warm bar environments of 24+ degrees centigrade, combined with some traces of beer left overnight, will generate impressive ‘slimy gunk’ which, when large enough, will break away and float into a pint, and the last thing you want is for a customer to point it out.

You may have thought that cleaning your lines once per week was enough to keep fixed taps or faucets in good condition. But that’s not true. The ONLY WAY to clean a fixed tap, without taking the whole thing apart, is to safely force warm water up the tap and out through the small vent. Try it and see what comes out!

Check out the video on our YouTube channel to see The Egg in action. The process is remarkably simple and takes very little time, and there’s something curiously satisfying about seeing something nasty fall out.

How to use the Tapball (Egg):

With repeated use, it becomes less of a freak show and more of a fantastic way of keeping your fixed taps/faucets clean 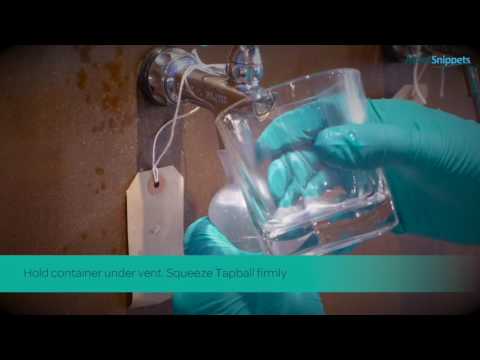 You need an eye for detail, some curiosity and a good idea of what excellence looks like to be able to carry out these beer dispense audits. The result though, is a thorough examination of what’s causing problems and losing our Publicans money, presented in a clear report with common-sense actions. Dispense and cellar issues have no hiding place from these audits!